Tonight and tomorrow night I’m doing a performance with Fada Dance, for our year end show called ‘What’s in the Closet, What’s Under the Bed’, as a Barbie doll.

In the piece each of us are a different broken toy, the other girls are: a robot, a soldier, a strawberry shortcake doll, a ballerina, a jester and a raggedy anne doll. As a part of our preparations we did a free writing as our toy, here’s a snip-bit from mine:

“I was created to be a role model, the ideal, beautiful, successful, a blank slate for imagination. As children, girls love me, but as they grow older, they begin to compare themselves to my plastic flesh. I was cast in a mold, I cannot control the way that I look, but I’m not trying to make anyone feel self conscious. Soon, I was labeled as a ‘bad influence’ on self perception and body image, and the girls who were once my best friends prefer me forgotten.”

I’m really interested in what it would feel like to literally be a Barbie. A large theme in our piece is that these toys have been left behind, no longer a part of children’s lives (like Toy Story). There’s a real nostalgic heartbreak in that reality manifested in any aspect of our lives, like when people or homes or toys that were once dear and close to us are no longer. But if we leave those people, homes or toys on a bitter, resentful note, than the pain becomes much deeper, and I feel like Barbie really gets hit hard with bitterness and resentment more than maybe any other childhood friend.

Barbie is caught between this idea of condratictory messages about beauty, and that is something that I can relate to. It’s something I feel is paralelled in the messages we send girls and women about their (our) own bodies, Barbie aside. We are told and taught and taunted, to be beautiful, cute and sexy, but still approachable, still relatable, still exsisting under this metaphoracle bar of attractiveness. The message is that we’ll never be enough, but we can still be too much.

In my opinion, Barbie gets too much blame, and what I believe is actually responsible, is the ever encouraged idea that women are meant to be like fantasy; the idea that the ideal woman looks like a mini nymph from your favorite fairy tale and that we need to look a certain way in order to receive the love that we deserve.

If we taught our children that women (and men) don’t have to have shiny hair and perfect skin, that we’re humans with mortal bodies that hold tension and experiences and love and grief, that we have fantasies for a reason, as a wonderful way to escape reality; then I don’t think we’d ever have to resent Barbie and her proportionately 18 inch waist, just like we don’t resent Mr. Potato Head because he can wear his feet on his head.

Not writing what I intended to,
only what I never knew I needed to know.

Learning lessons while evesdropping on my own thoughts.

Sometimes in the silence I hear nothing but the voices of others.
And yet, when surrounded by so many, the music and conversations of hundreds,
my own voice calls out clearly to my fingers.

Sometimes these fingers know more than can be told,
knowing me best when I’m distracted.

Not wanting to rhyme,
I prefer to make sense of what you didn’t think possible,
to find the beauty in what others miss. 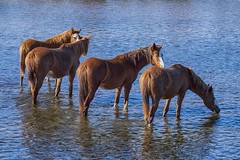